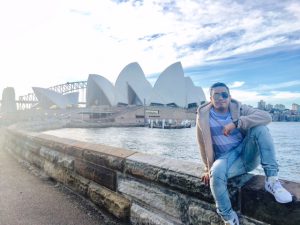 Excited, nervous at the same time motivated. That’s what I felt when I was informed to work in Darwin site.  I really don’t have any idea working on site.  Workmates helped me a lot and they were so helpful. No discrimination and treatments were equal.  Working on Darwin site was a good experience for me as a beginner in a construction area and I’ve learned a lot.  What i missed most with the piping team was the “Sake Party”. Australia is one of my bucket list of places to visit. I didn’t expect that I would be in Darwin for a project assignment.  Well, of course, I took advantage travelling while in Australia during long weekends. I’ve been to 5 states. Sydney, Melbourne, Brisbane, Gold Coast, Adelaide (excluding Darwin) were the cities I’ve been to.  Who would’ve thought instead of 6 months I was extended for 10 more months. For 16 months, I’ve gained friends inside and outside work. It was so hard for me to leave friends who I called them family.  Someday, I hope I can visit Australia again and catch up with friends.

I encourage you to visit Australia. One of the best countries I’ve been to.

That’s all for my blog. – Dave